I Have the Sleep Disorder Hypersomnia 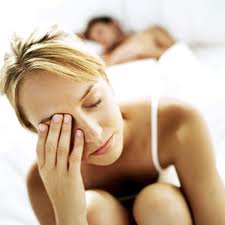 Update: I have recently been diagnosed with narcolepsy instead of hypersomnia because I have cataplexy.  The treatment remains the same for both, it’s just a different diagnosis.  This diagnosis came when I switched doctors from a family care doctor to a neurologist.  Thankfully the neurologist suggested I try Ritalin because it has helped me tremendously.  I have less “fog” to sort through in my head and I’m more alert than before.  I wouldn’t say that I’m near normal but this is a great and new normal for me. 🙂  I’ve loved receiving emails and comments from those who have written me.  Even though this is an old post feel free to reach out if you have something to say.  I don’t know anyone locally who relates to the struggles have having a sleep disorder so it’s nice to occasionally chat with those who do!

Revealing myself through blogging is not something that comes easy for me.  Just take a look at my “about me” page, it barely says anything about me!  Sharing my experiences and ideas on this blog can be tricky.  There is a persistent voice in my head that warns me not to reveal too much about my personal life but do allow my readers to see the real me; the real Ashley, through my writing.  Did you catch that?  My name is Ashley…I bet not too many of you even knew that!  This is difficult but in the long run I know it will be worth it so I blog on.

Yesterday, I posted about a coupon for a free trial of the prescription drug Nuvigil.  I want to tell you how the drug Provigil changed my life {Nuvigil is the new name but same active ingredient and made by the same company}.

Like most high school students, I often fell asleep during class and had trouble concentrating on school work.  During my last two years of high school I fell asleep more often and I couldn’t control it.  My dad worked a night shift and drank more coffee than any person I’ve ever met so I tried to follow in his footsteps and up my coffee intake.  I would fall asleep within an hour of drinking a pot of coffee.  Energy drinks, soda, tea, nothing helped.

Okay, I know this will sound freaky but please don’t judge and just bare with me.  I began hallucinating.  I later learned that this happened as my brain started to enter dream sleep but my body was awake. I had awful, horrid hallucinations.  They seemed ridiculously real!  I don’t have the words to describe how miserable and hopeless I felt.  Have you ever seen the movie The Sixth Sense?  That was an every day occurrence for me.  Without going into too much detail I’ll tell you that in my hallucinations I saw dead people, people murdered, and the like.  After months of suffering I told my Mom about it and she would pray with me and for me.  It was nice to have someone to talk to but she didn’t know how to help.  I thought these people in my hallucinations were demons and I was petrified.  I wanted to talk to my pastor but I was too afraid of what he would think of me.  I guess I’ve always struggled with being honest about who I am.  Years later my husband found out that hallucinations were side effects from my sleeping disorder and  only appear when the disorder was developing.

College was difficult but thankfully by that time the hallucinations had stopped.  I tried drinking caffeinated beverages through the day but nothing kept the sleepiness and the lethargy at bay. I would have overslept my alarm if it weren’t for my roommates.

In class I would struggle to stay awake. My dreams would overlap my consciousness and my hand would keep taking notes that later made no sense at all.  I tried vitamins and herbal supplements to no avail.  I would often go back to my dorm and nap for hours, hoping to shake off the feeling of sleepiness. When my schedule allowed I would sleep through my afternoon nap right to the next morning. On my worst day, I slept for 20 hours.

Miraculously, I somehow managed to graduate without fully staying awake through one class lecture!  After college I thought the sleepiness would wear out.  After two weeks of sleeping fourteen hours each night my dad convinced me to go to a sleep specialist.  He had recently gone to the hospital for a sleep study when he was diagnosed with sleep apnea.  After a two-day sleep study the doctors determined that I have idiopathic hypersomnia. I finally had an answer to why I couldn’t stay awake and why I felt as though my brain was running in slow motion. It was a relief to have a name to a problem that had plagued me for so long. Looking back now, I realize I had those symptoms most of my life, but they began to get noticeably worse around the time I turned 15.

In the handful of years since my diagnosis, I’ve learned to live life on medication.  I’m being treated with Provigil and it has been relatively successfully, but there are times when it doesn’t work.  It’s hard to explain to employers, family or friends what to expect on those days, but it is nothing like what you may have seen on TV.

No two sleep disorder experience symptoms exactly the same, but for me two symptoms follow me during the day. The first is a feeling of general fatigue. If you have ever had mono or pulled an all-nighter, then you have an idea of what this feels like.  It never leaves, ever.  It is like seeing everything through a fog.  Usually by the time I have figured out what someone said and processed my response, the conversation has moved on. It’s as if my body, and particularly my mind, is running in slow motion while the rest of the world is running at normal speed. The second symptom, and the part that most people are more familiar with is the sleeping spells. Unlike what you’ve seen on TV or in movies, I haven’t fallen asleep in the middle of a conversation or while walking, but I have fallen asleep in meetings and while standing.

I begin hallucinating as my brain starts to enter dream sleep, but my body remains awake.  I see things that aren’t happening and my thoughts become a tangled mess.  Though I’ve fallen over a few times generally my body stays put.  I get this irresistible urge to sleep!  I can remember driving down the road and wishing I would quit fighting sleep, lose control, and crash into the guard rail all so I could finally shut my eyes and sleep.

While taking medication, my days without the spontaneous sleeping spells outnumber my days with them.  Without medication it is unsafe to drive and I am largely unable to function normally.  I couldn’t do what I do without my prescription Progivil and I am very thankful for it!

I’m telling everyone about my story in case there is someone out there struggling with daytime sleepiness on a regular basis.  There is hope out there.  Medicine won’t cure a neurological sleeping disorder but it will vastly improve your quality of life.  If you’re suffering to stay awake every day, make an appointment and talk to your doctor.  You’ll be glad you did!